The 38-year-old Holliday reported to the Grand Junction Rockies, the organization’s Rookie level team, on Sunday. He said the plan is to find his footing with the hope of joining the Rockies at some point this season.

“Getting my baseball legs back under me. We’ll see how the next few days go,” Holliday said in Grand Junction. “I’ll do some pregame stuff, take batting practice, do some pregame defense and we’ll see after that. Probably move on to Triple-A. Just see how fast I’m ready to take some at-bats and compete at a high level.”

Holliday played the first five seasons of his 14-year career with the Rockies. He hit .290 as a rookie in 2004 and helped lead Colorado to its only World Series appearance in 2007. His .340 average, 137 RBIs and 216 hits led the NL that year, and he finished second in the MVP vote.

Now he’s returning to the team that gave him his start.

“It’s been surreal, back wearing Rockies gear and thinking back to some of these young guys in here,” he said. “Twenty years ago I was kind of in their shoes. It’s pretty neat to be back.”

The Rockies traded Holliday to Oakland after the 2008 season, and the A’s dealt him to St. Louis during the 2009 year. He helped the Cardinals win the 2011 World Series.

He said Colorado’s surge into the playoff picture – the Rockies are a game behind the Los Angeles Dodgers in the NL West – was a factor in signing.

“That’s one of the main things that got me going, how they’re playing and potentially go into a postseason and make another run at a World Series,” he said.

Matt Holliday was not sitting around waiting for his phone to ring.

A seven-time All-Star with a superb résumé, Holliday was enjoying his first summer out of professional baseball in 20 years. He was spending time with his wife and four children, working with his eldest son’s travel baseball team and serving as a part-time analyst for MLB Network.

Not exactly a dreary existence.

Still, the 38-year-old was more than happy to take a call from Colorado Rockies general manager Jeff Bridich in late July. The conversation ultimately led to Holliday signing a minor league contract with the Rockies. He joined the Albuquerque Isotopes for Friday’s 8-6 win over visiting Round Rock and hopes to spend the season’s home stretch as part of a postseason run in Denver.

“It was going to take the right call,” Holliday said during a media conference Friday. “I had some other interest but I have a passion for the Rockies organization. Jeff asked if I was interested, and the potential to contribute to another playoff run was too good to pass up.”

Holliday, who went 2-for-4 and drew a walk in his Isotopes debut, has been part of some great teams over the years. He helped the St. Louis Cardinals to a World Series title in 2011 and won National League pennants with the Rockies in 2007 and the Cardinals in 2013. He helped the New York Yankees reach the American League Championship Series last season.

The individual accomplishments Holliday has posted are equally impressive. He’s a career .299 hitter in the major leagues with 314 home runs and four Silver Slugger awards. Holliday won a National League batting title in 2007, when he was named NLCS MVP, finished second in the NL MVP voting and led the Rockies to their lone World Series appearance.

Holliday said he still follows Colorado, the organization that drafted him in 1998 and was his home for 10 seasons. He likes the idea of coming full circle with a return to the Rockies — especially with the team in playoff contention.

“How well they’re playing had a lot to do with this,” Holliday said. “I have a lot of good memories about first getting called up to Colorado. The idea of doing that again is pretty cool.”

But for the moment, Holliday is excited about playing with the Isotopes. He warmed up on the field with sons Jackson, 14, and Ethan, 11, on Friday afternoon. Both were sporting new Rockies T-shirts.

“Ethan is probably the most excited about all of this,” Holliday said with a smile. “He’s just glad to be getting Nike gear. He’s all about the swag.”

Holliday once played in a Rockies exhibition game at Isotopes Park, his only appearance there prior to Friday. He has one former teammate on the Albuquerque roster — reliever Santiago Casilla, also 38, who played with Holliday for the Oakland A’s in 2009.

“He’s the only guy I know,” Holliday said, “but I’ve played against some of these guys and there are a lot of connections. We’ll have easy conversation-starters.”

Holliday played just one game this season prior to arriving in Albuquerque, a 1-for-3 performance Sunday for rookie-level Grand Junction. He doesn’t have a specific time frame in mind for his stint in Albuquerque but getting in physical shape won’t be necessary. The 6-foot-4, 240-pound outfielder/designated hitter appears as chiseled as ever.

“I love to work out and train,” Holliday said. “That’s something I do whether I’m on a roster or not.”

Holliday admits he’ll be eagerly awaiting another call from the Rockies in the coming weeks but he also plans to enjoy his Triple-A assignment.

“I’m just a guy on the team,” Holliday said. “If I can help any of the other players in any way, I want to be available. I enjoy the camaraderie of just being around other players and talking baseball. I missed that.”

With each passing day it seems more likely that Rockies outfielder Matt Holliday won't be wearing a Rockies jersey come spring training. After trying to move their MVP outfielder before the trade deadline last season and not finding any deals that worked, Rockies general manager Dan O'Dowd is back at it again. With Holliday scheduled to make $13.5 million in 2009, the Rockies feel they'd be better off moving Matt and using that money elsewhere.

Colorado would like to part ways with Holliday so bad, in fact, that it appears they're even going to lower their asking price.

Rockies general manager Dan O'Dowd increased the likelihood Matt Holliday will be traded with his admission Wednesday he doesn't have to receive a proven starter in return.

O'Dowd is looking for the best deal, not the best pitchers, with multiple opposing executives predicting that Philadelphia and Oakland are the most likely trade partners.

"There is not much pitching in the market available. Period," O'Dowd said. "And any pitching we get will likely be projection pitching. Not that guy that has been there, done it. We are completely open-minded to anything."

Dan says there isn't any top pitching available right now, but what he means to say there's no top pitchers available to him. The Padres wouldn't trade Jake Peavy to a division foe, and Peavy doesn't want to go there anyway.

The Phillies could be frontrunners for Holliday as they had plenty of talks with the Rockies about him back in July, but a deal could never be finalized. If Pat Burrell leaves via free agency the World Champs will probably be a lot more willing to meet Colorado's asking price.

Another team that may be a good fit is the other World Series participant, the Tampa Bay Rays. With the amount of pitching depth the Rays have they might be willing to move either Andy Sonnanstine or Edwin Jackson along with Carl Crawford -- hey look, another offseason, another possible trade of Carl Crawford -- to land Holliday.

Where ever Holliday ends up going, at this point it's pretty obvious he won't be back in Colorado.

The Rockies Seem Willing to Lower the Price for Matt Holliday originally appeared on MLB FanHouse on Thu, 06 Nov 2008 12:37:00 EST . Please see our terms for use of feeds. 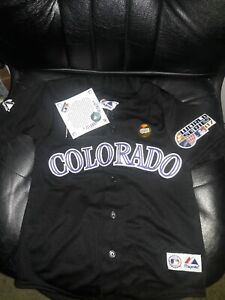 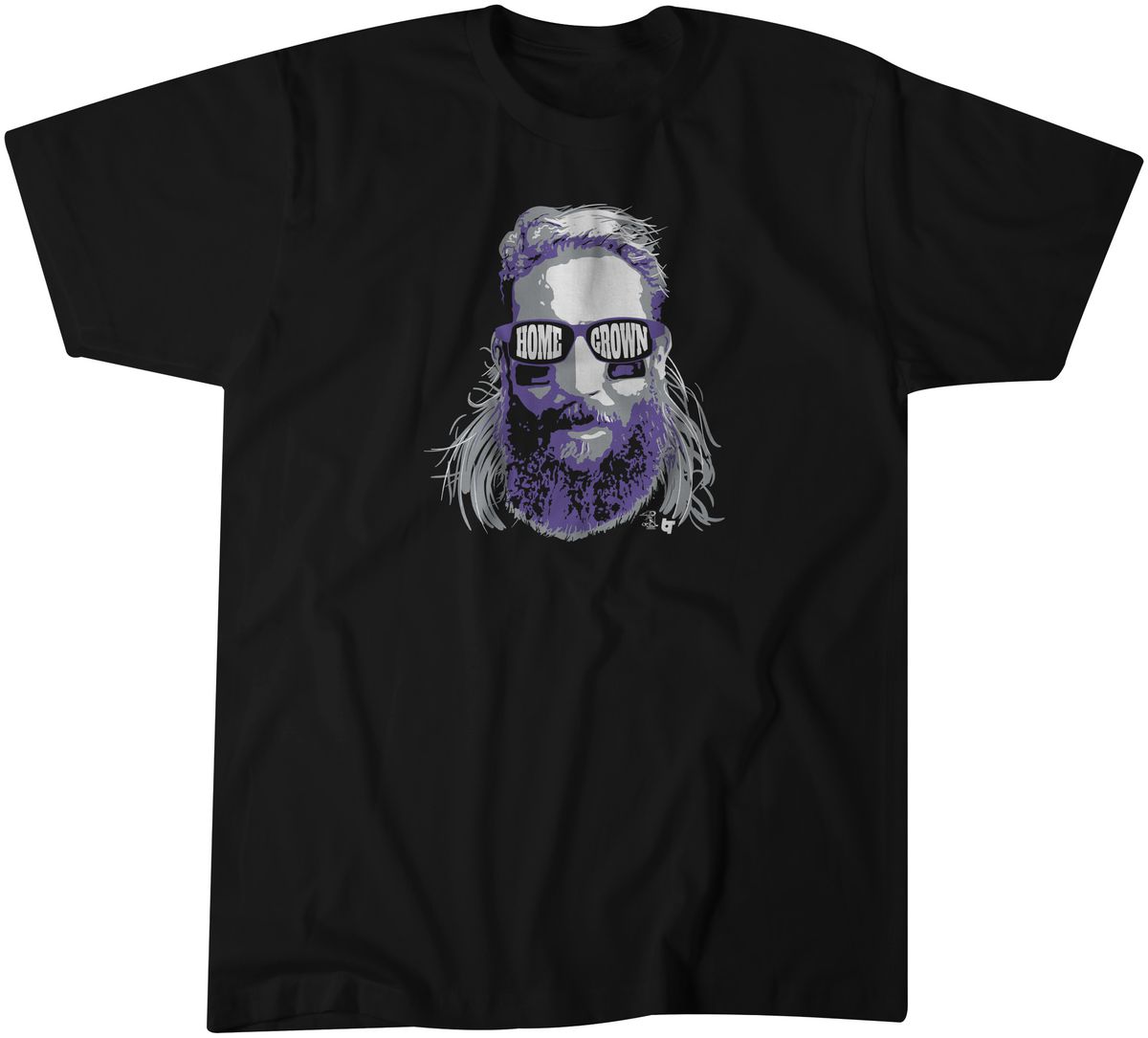